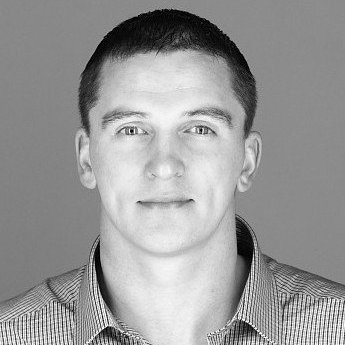 White Birch Armory was founded in 2014 by Sean Manning. Sean is a Purple Heart recipient who spent 8 years serving with the United States Marine Corps. There, he deployed multiple times to Iraq as a Reconnaissance Marine and Scout Sniper. Before starting WBA, Sean spent 10 years working in the firearms industry as an Engineering Technician and later, Testing & Evaluation Manager. Sean is also a master firearms instructor and Precision Scoped Rifle Competitor. When not running his business, he is often learning new DIY skills or relaxing at his family cottage in ME with his pups, BOZO & Kitty. 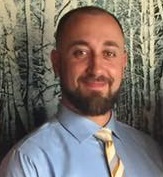 Dave served in the United States Marine Corps Reserve for 10 years as a Motor Transport Operations Chief. He is an Iraq veteran who also served in Africa and Central America. Before joining White Birch Armory, Dave worked for 5 years in the firearms industry as an Engineering Technician, Rifle Assembler, and Testing & Evaluation Supervisor.  When not working, he is an avid outdoors-man who can usually be found hiking, fishing, or taking in the NH sites on his motorcycle. 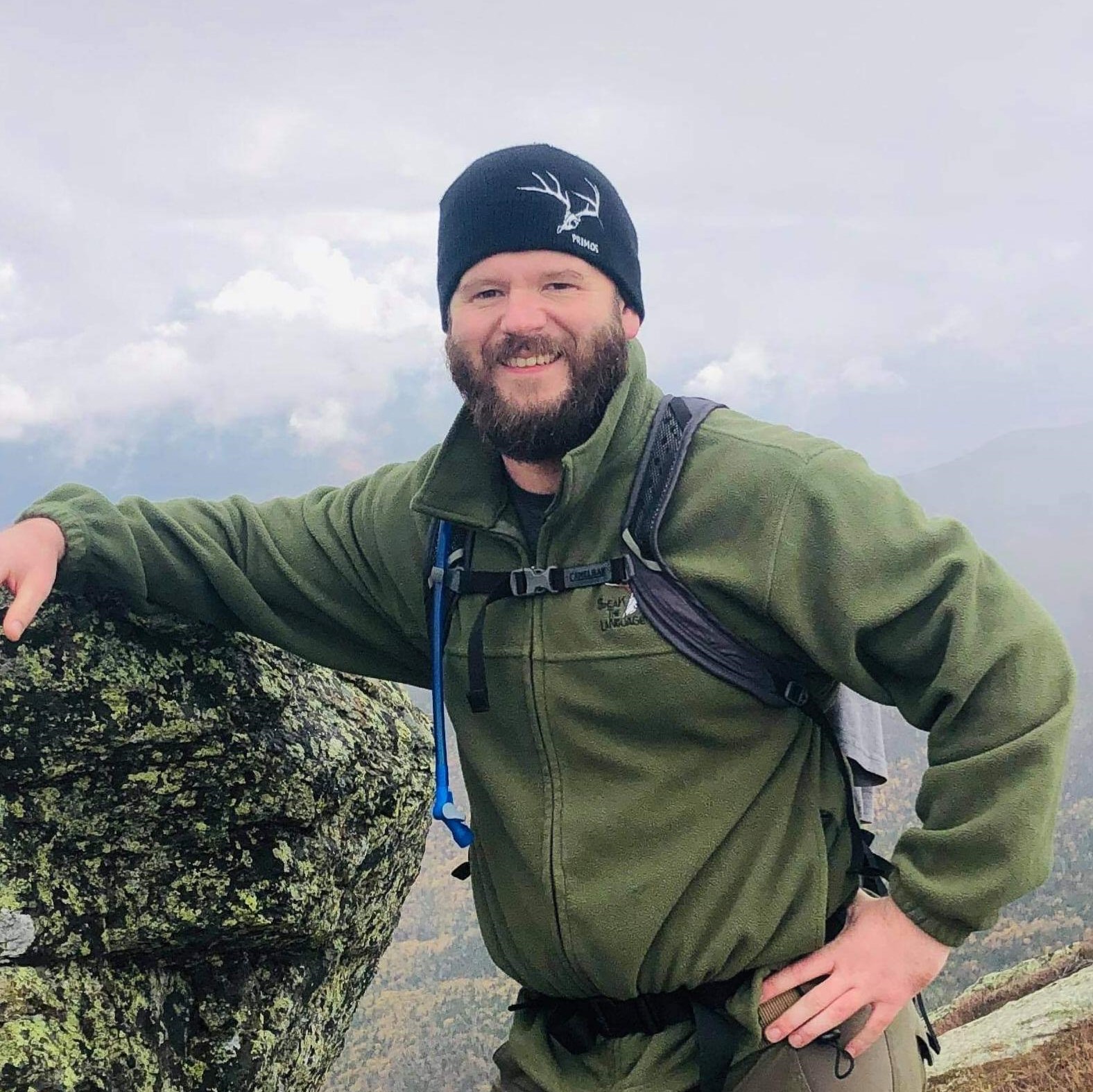 Tyler served alongside Sailors and Marines for 8 years as a United States Navy Corpsman. He is an avid firearms enthusiast and spends much of his free time on the range honing his skills or in the woods training with friends. Originally from Washington state, Tyler moved to New Hampshire in 2017 for its beauty and to embody the motto “live free or die” and now plans on making it his home. When he is not at work or on the range, he likes to spend time in the gym, out on a jog, or hiking in the woods. He also enjoys reading, drawing, and looking for new experiences. 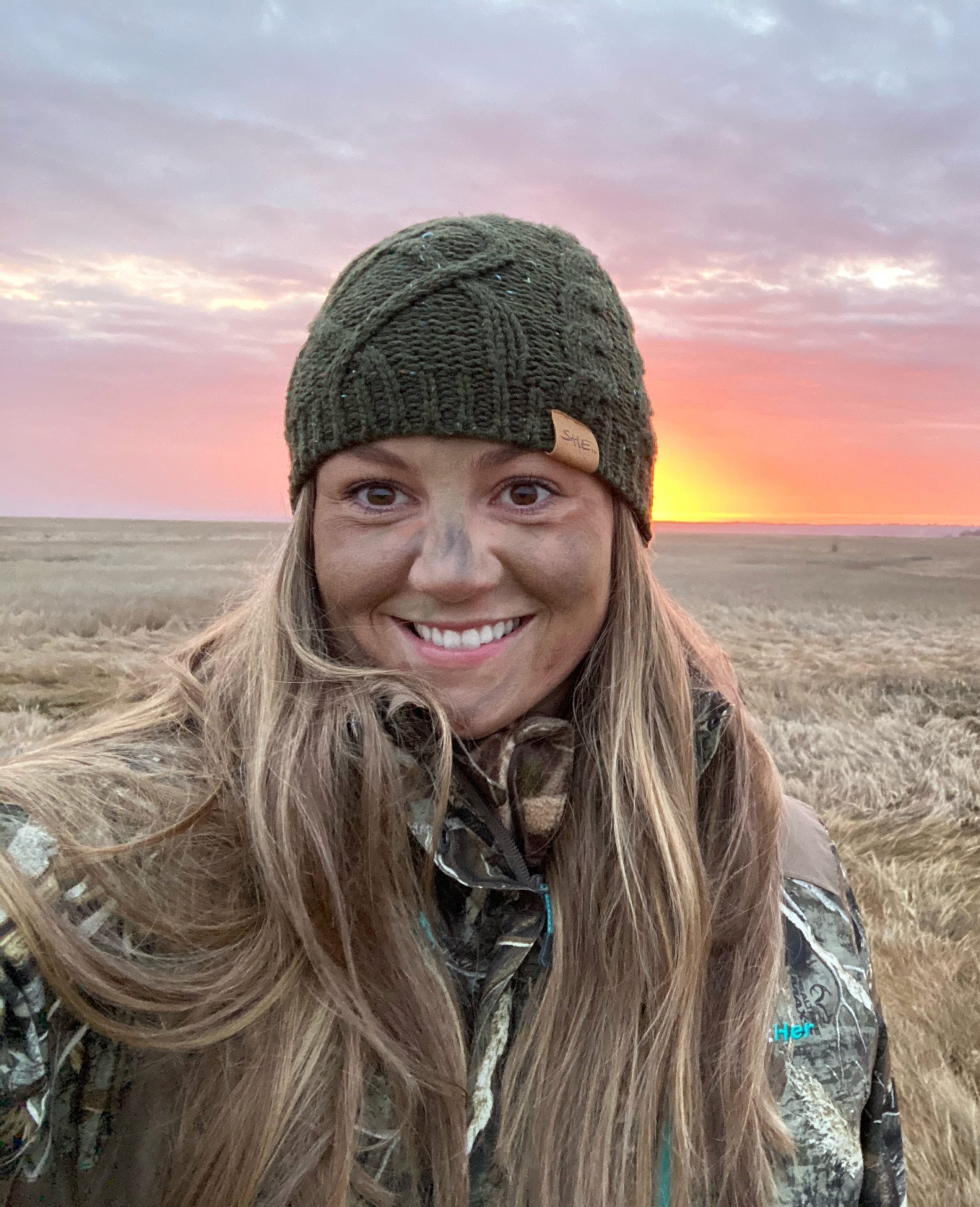 Brenna brings to White Birch Armory a passion for marketing and event planning.  After receiving her BSBA from Suffolk University, she moved to New Hampshire to be closer to the outdoors.  Brenna hosts her own podcast that highlights women who share their experiences in hunting and fishing.  When not working, she’s usually out pursuing her love for the outdoors with her dog Maple, or visiting family in her hometown on Cape Cod. 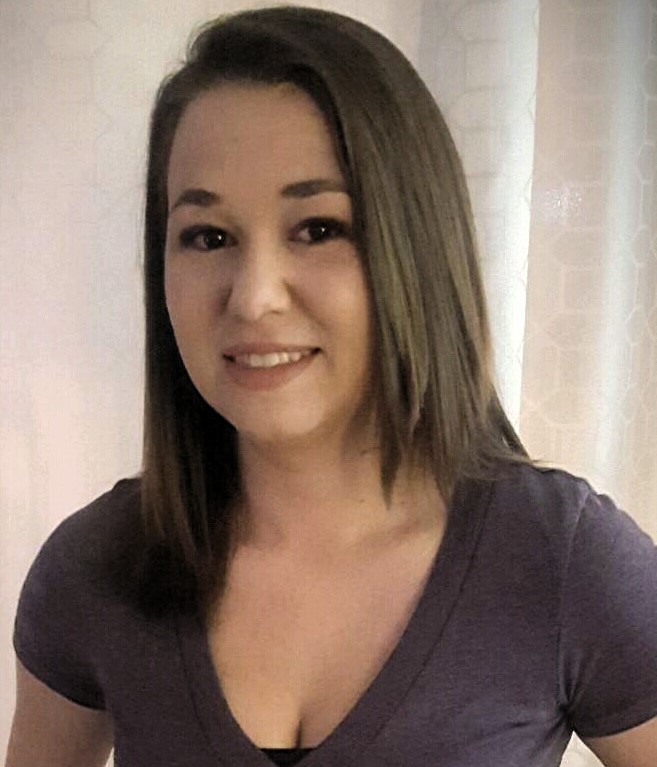 Shelby has been working in the firearms industry since 2012. She has extensive experience as an armorer and has held various positions including QC and Range Coordinator at a firearm manufacturer.  In addition to keeping the guys at White Birch in check, Shelby is a full-time mom and crazy cat lady.

Shelby has been working in the firearms industry since 2012. She has extensive experience as an armorer and has held various positions including QC and Range Coordinator at a firearm manufacturer.  In addition to keeping the guys at White Birch in check, Shelby is a full-time mom and crazy cat lady.

Renee is a mother to two teenage daughters, two dogs, and the wife of a retired Coast Guardsman. After living in various duty stations, their family decided Maine was a perfect fit for them to settle down and finally grow “roots”. She enjoys shooting trap at our local club, camping, cooking Sunday family dinners for our extended family, and am looks forward to ice fishing in New England winters. 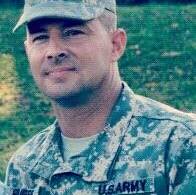 Rob retired from the US Army in 2016 and has been working as a warehouse supervisor ever since.  When not working, Rob enjoys spending time on the lake with family as well as fishing, shooting, and woodworking.

Dylan comes to White Birch Armory with over 12 years of experience professionally training Military, Law Enforcement, Government, and armed citizens. He is a law enforcement officer with 7 years of experience(and counting!) as well as a competition shooter. When not training, Dylan is an avid outdoorsman who enjoys hiking and hunting. 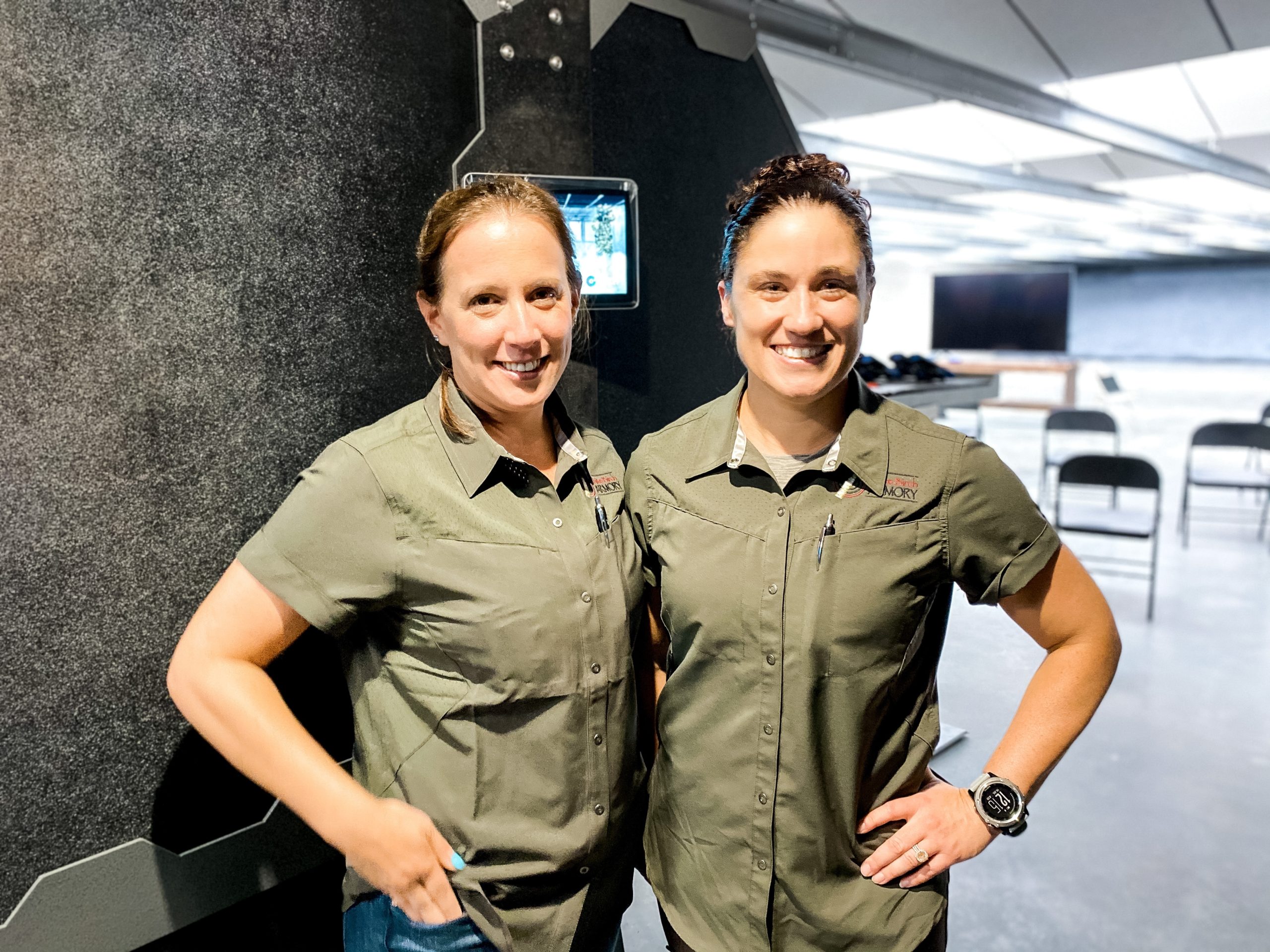 Our elite instructors have years of military, law enforcement, competition, and classroom experience.

Click the image above to learn more about their individual backgrounds!

Steve served in the Marine Corps and the Army for 27 years as an Artilleryman and Counter Weapons of Mass Destruction Specialist. During that time, he coached and competed on the Massachusetts Guard Biathlon Team, competed in, and coached, multiple marksmanship teams, earning the Governor’s Twenty Tab, signifying he was one of the top 20 Marksman in the Massachusetts Army and Air National Guard. He also learned how to navigate the red tape of the acquisition process for government organizations.  When he is not working on contracts, he likes to spend time as an amateur gunsmith, working on restoring his camper, or coaching and training Olympic weightlifting & Kettlebell Lifting. 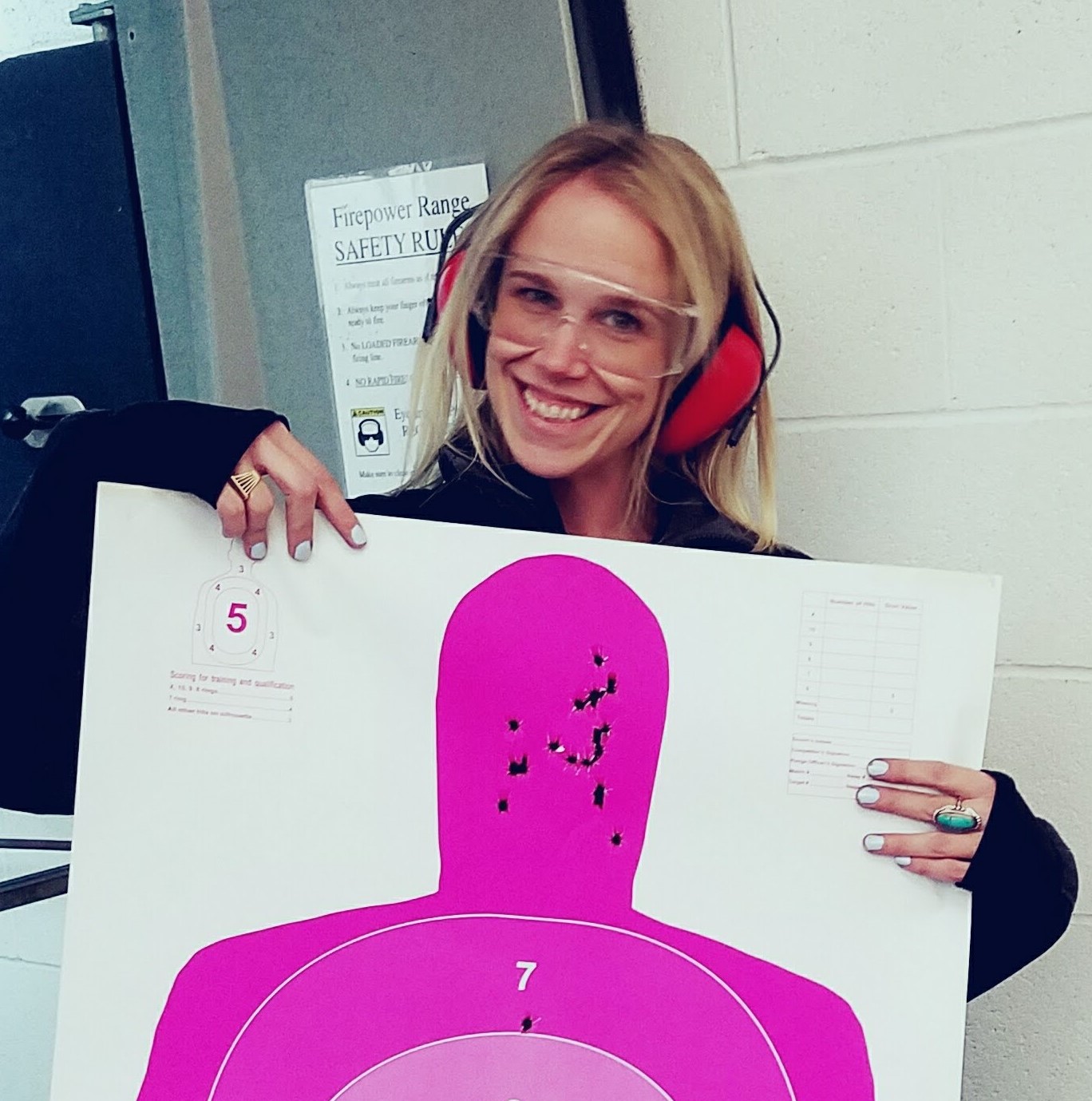 Shelby is a New Hampshire native, born and raised. She relocated to the Seacoast area after moving to North Carolina for a few years, where she realized you can take the girl out of New England, but you can’t take the New England out of the girl! She’s always looking for a new adventure and will likely try anything (including food!) at least once. In her free time, she’s usually on a paddle board somewhere or exploring the area with her camera. 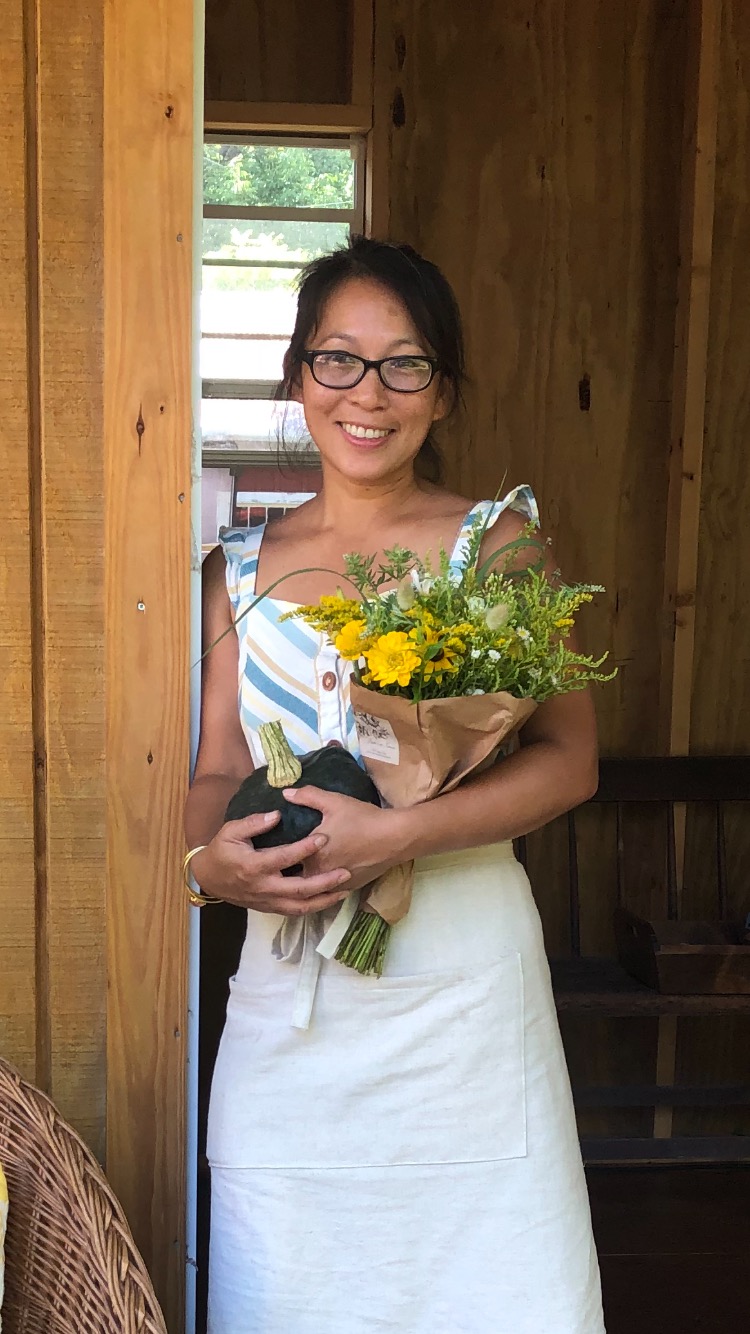 Acksone graduated from UNH with a degree in environmental science. She has 20 years of restaurant experience and loves everything food related. She has also spent 20 years honing her skills as a gardener; growing herbs, flowers, and vegetables, which shares with her local community at her farmstand. When not at White Birch Armory, Acksone enjoys spending time with her husband and two teenage sons, foraging for wild edibles, enjoying the great outdoors, cooking, photography, and music. 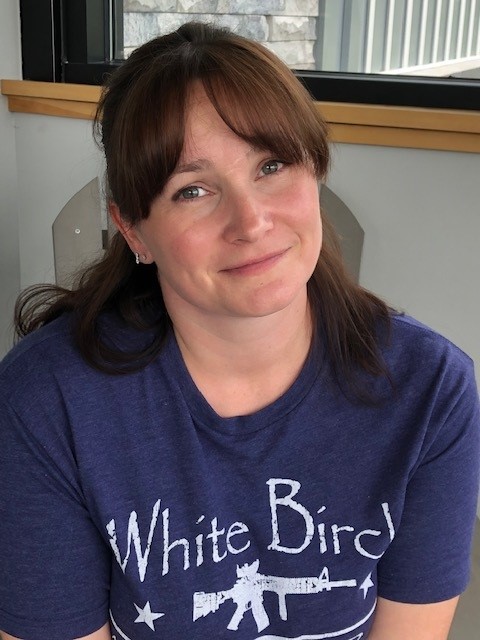 Ashley grew up on a local dairy farm in Durham, NH. Not too far from her old stomping grounds, she now has a small farm of her own. With her husband of 11 years, Ashley has two daughters, 3 cats, 1 Dachshund, 2 Parakeets, and a tankful of fish. She loves spending time outdoors, especially if it involves camping. 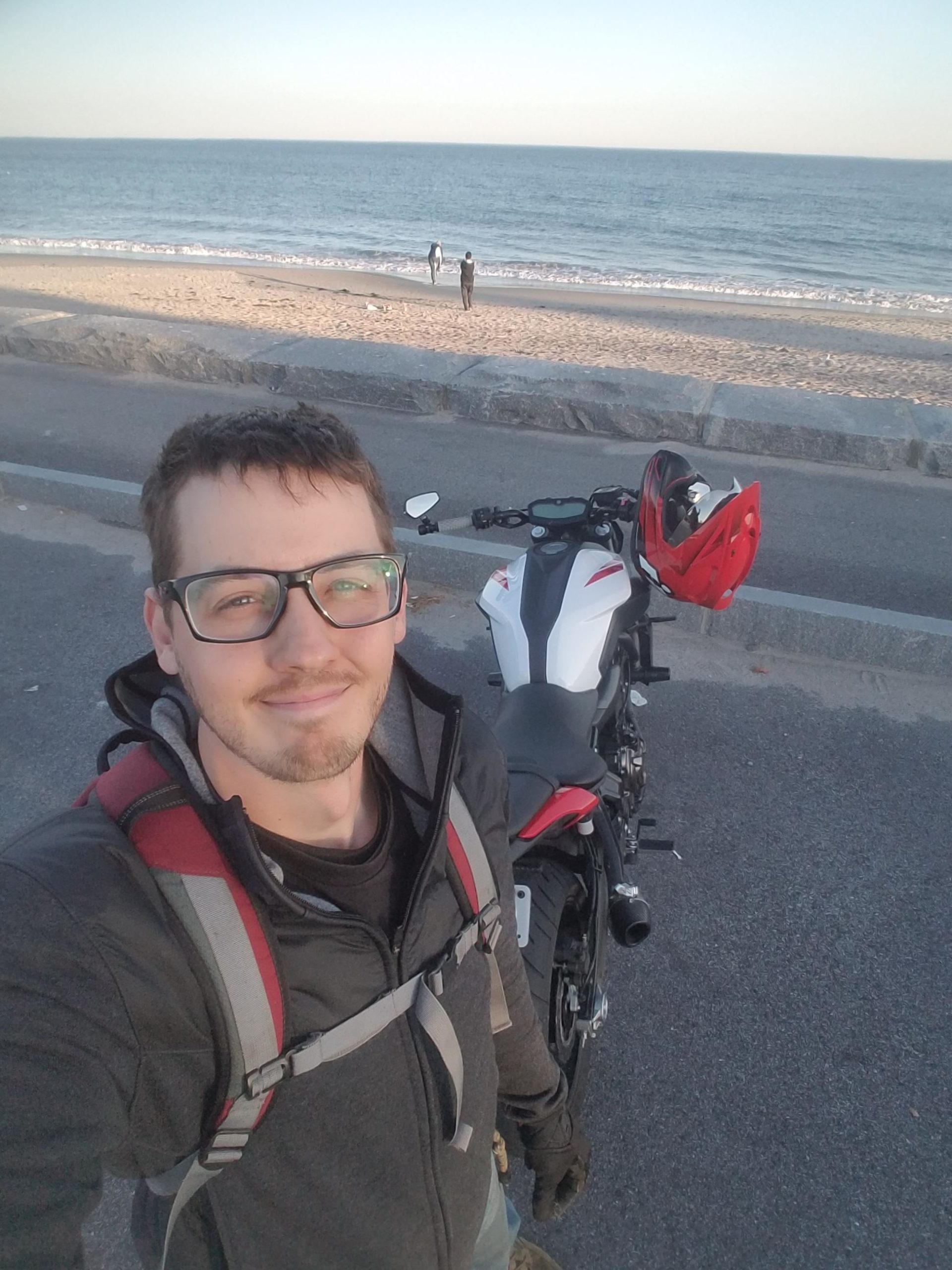 Randall comes to White Birch with 10 years of construction experience. He previously worked building waste water and drinking water plants through out southern NH and ME. White Birch was a natural fit as Randall has been shooting and around firearms since he was 10. If he cant fix it, he certainly knows how to hide the parts. When not working, he enjoys exploring NH on his motorcycle or in his sports car, doing amateur photography, and pushing himself to be a better shooter on the range. 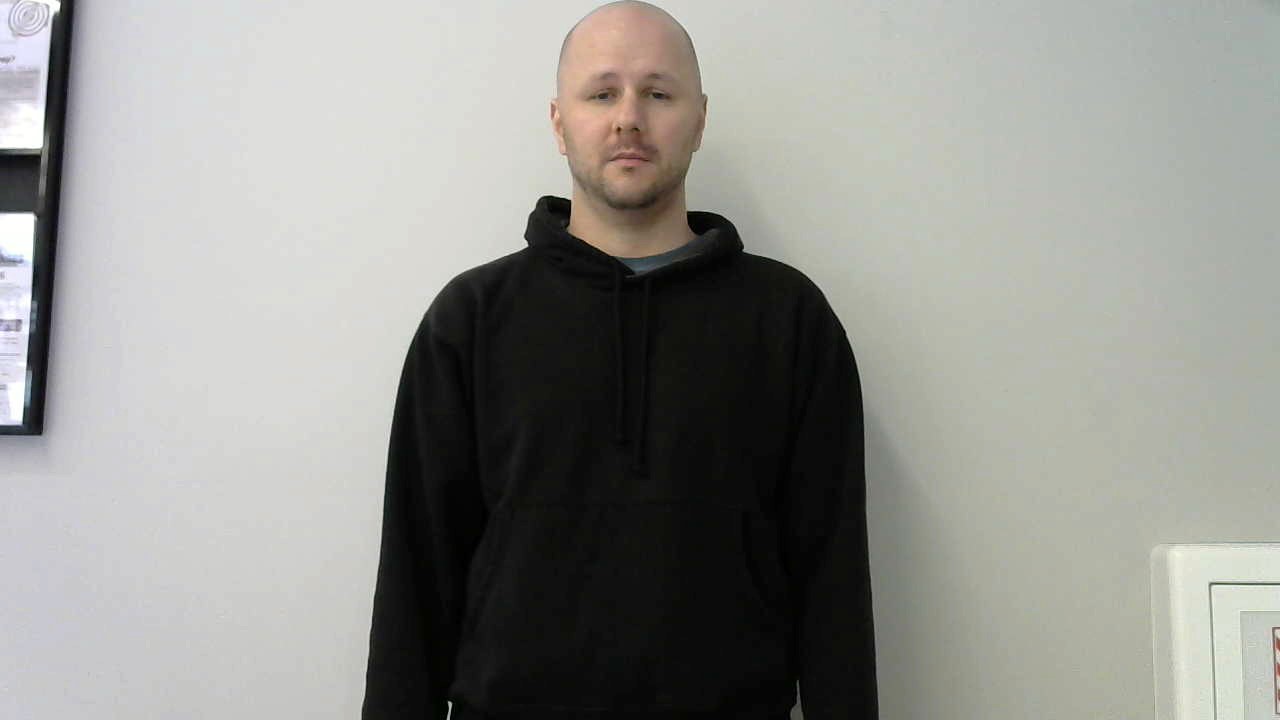 Chis is a New England native who originally got into firearms because of wanting to conceal carry. He soon began to reload in order to shoot more and stay sharp! Chris eventually decided that the philosophy of being armed was so important, that he wanted to work in the industry in some capacity. Chris has many years’ experience as a sales clerk, handling online sales, and as a firearms trader. He is a proponent of helping good people become confident and comfortable while being armed. When not working with customers he likes to give himself some time on the range. When the weather is nice, he enjoys downhill longboarding and hiking. 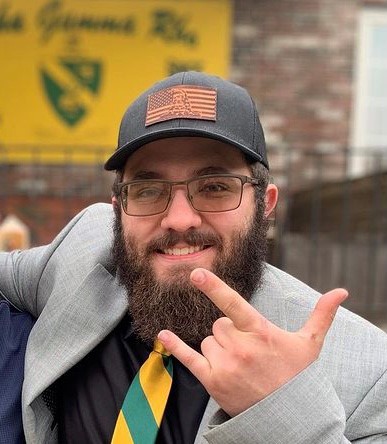 Dominic took interest in the firearms industry at the age of 15 with his first job as RSO and merit badge counselor at his local Boy Scout camp in Connecticut. After graduating from UNH, he gained experience as a firearms trader, appraising and acquiring used firearms. Dom can typically be found enjoying some trigger time on the range or heard jamming out to a variety of musical genres on his drum set. 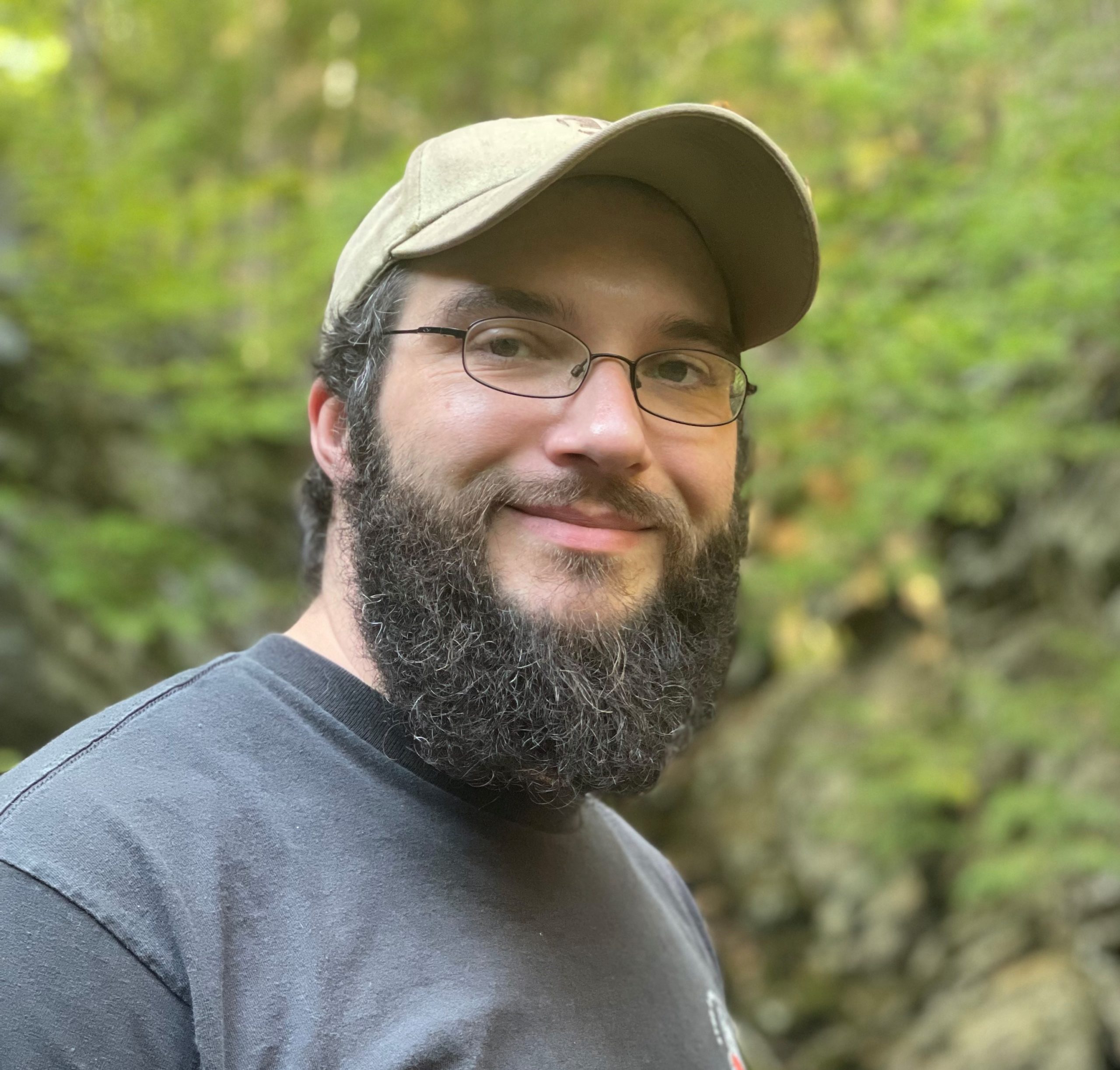 Originally from Massachusetts, Steve has lived in New Hampshire for the past six years. Prior to working in the firearms industry, he was a car mechanic and is still passionate about cars. Steve first began shooting at the age of thirteen and shortly after started shooting in pistol rimfire competitions. Steve enjoys spending his free time on the range, educating himself on the newest firearms, and playing Xbox. 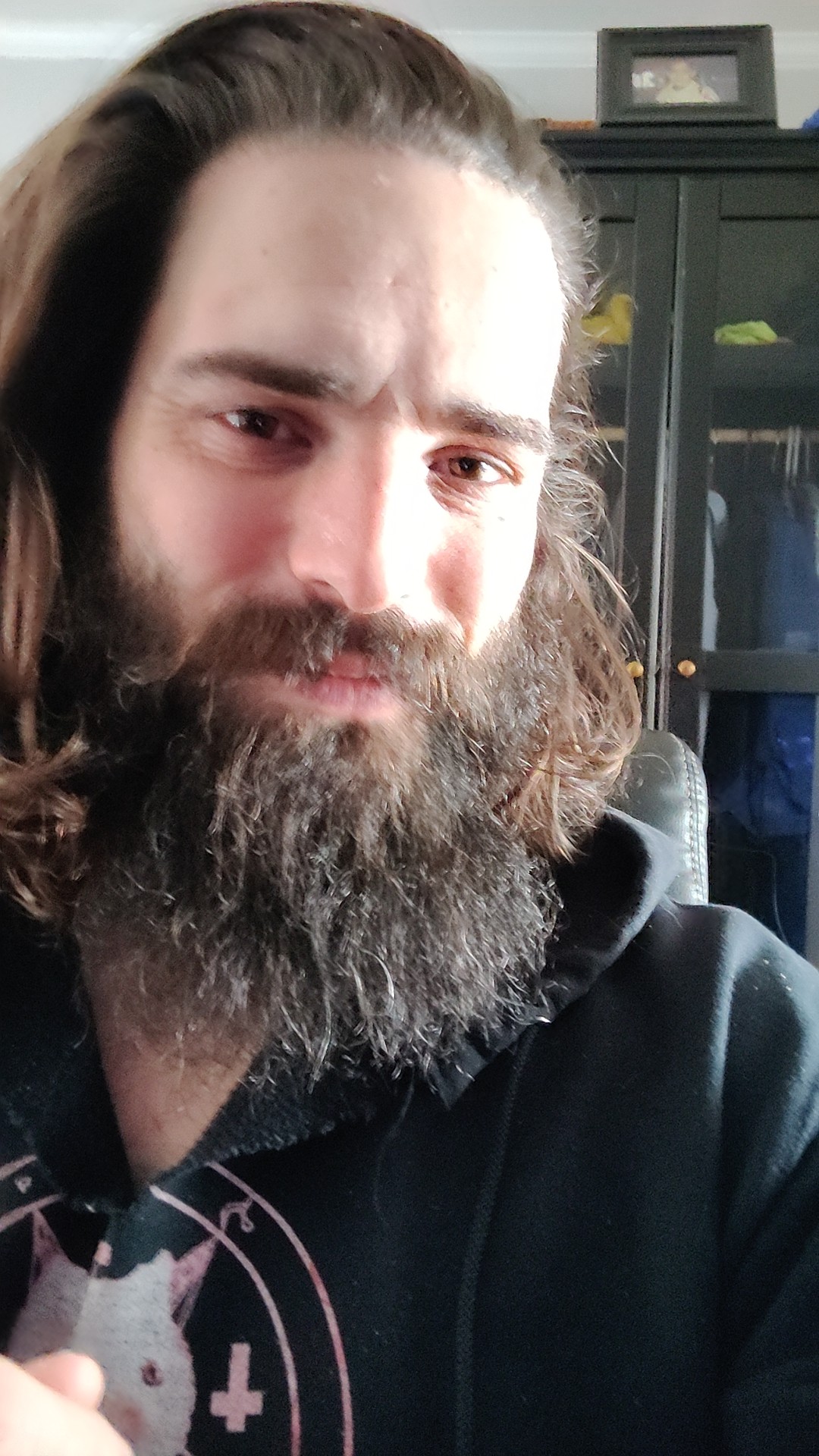 Joshua started his career in the firearms industry as an infantry Rifleman with 3rd 8th Marines during the surge into Ramadi Iraq in 2006. He also served with the 22nd MEU providing humanitarian aid during the tsunami that devastated Bangladesh in 2007 and assisted in raids off the coast of Somalia after his travels in southern Europe, North Africa, and South America as a Security Contactor. He later joined the U.S. Army Infantry and enjoyed training in Germany and Washington state. Josh now resides in New Hampshire with his fiancé Kat, dog, Rollo, and two cats, Esther and Specter. 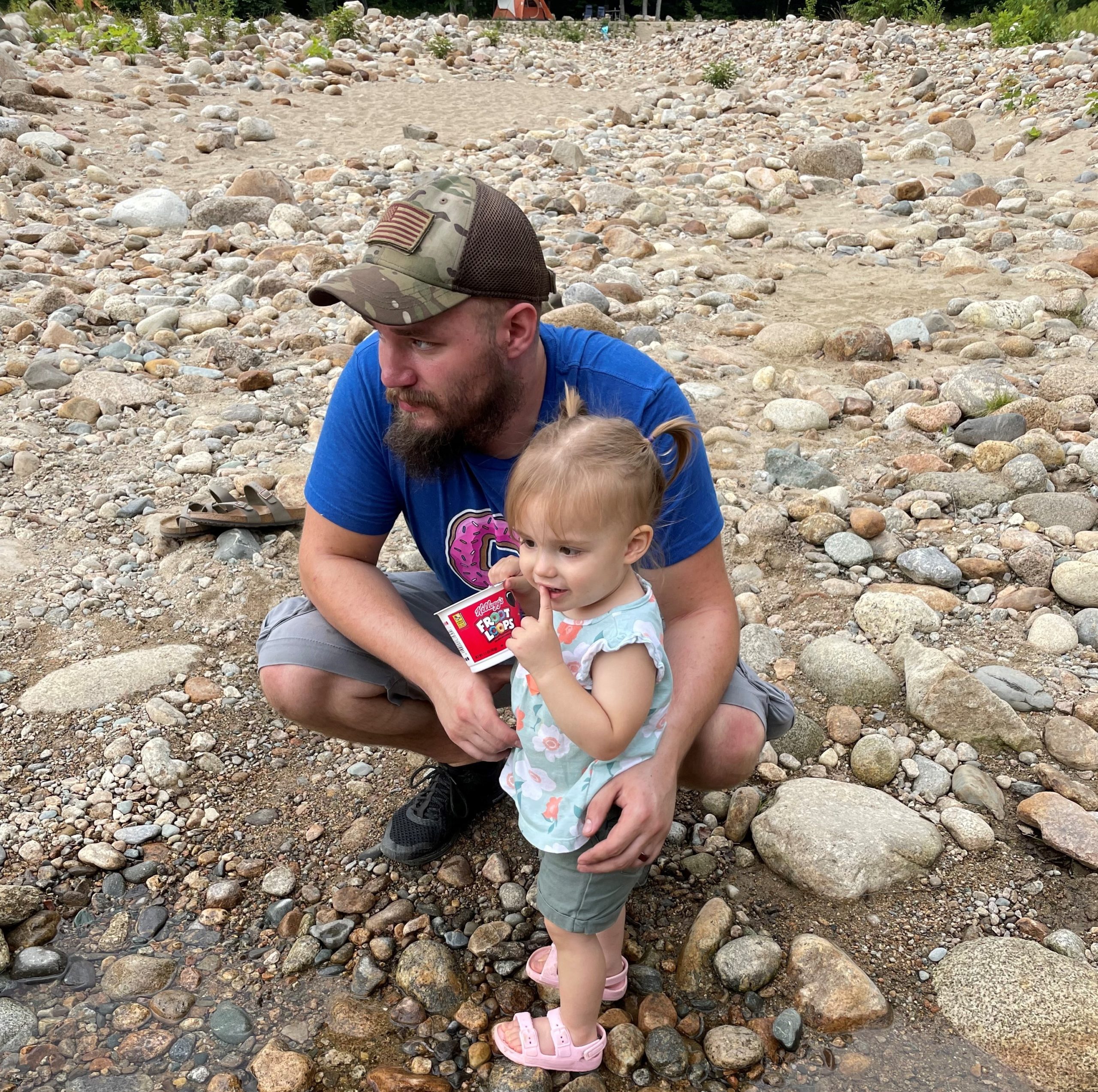 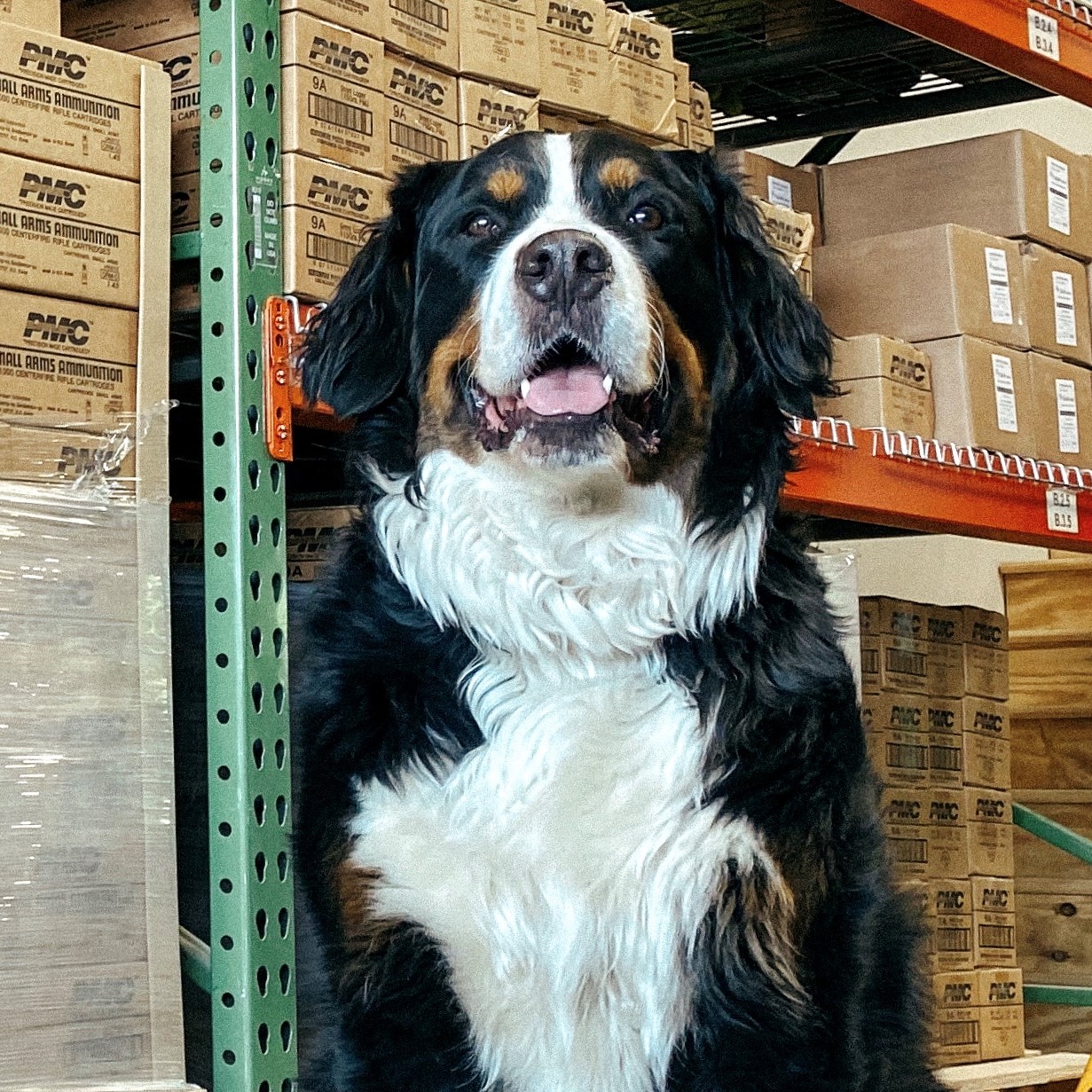 When visiting our store, BOZO is often the first one to greet everyone at the door.  This goofball loves meeting new people and making everyone at White Birch Armory constantly laugh! 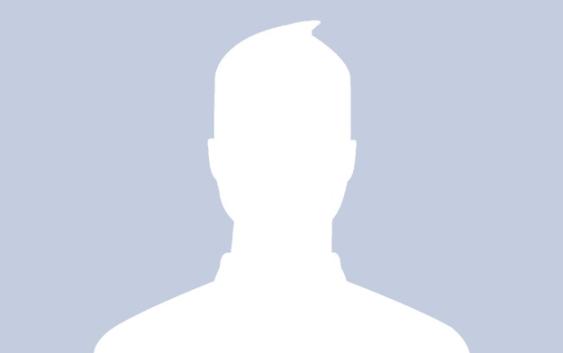 John will introduce himself soon… 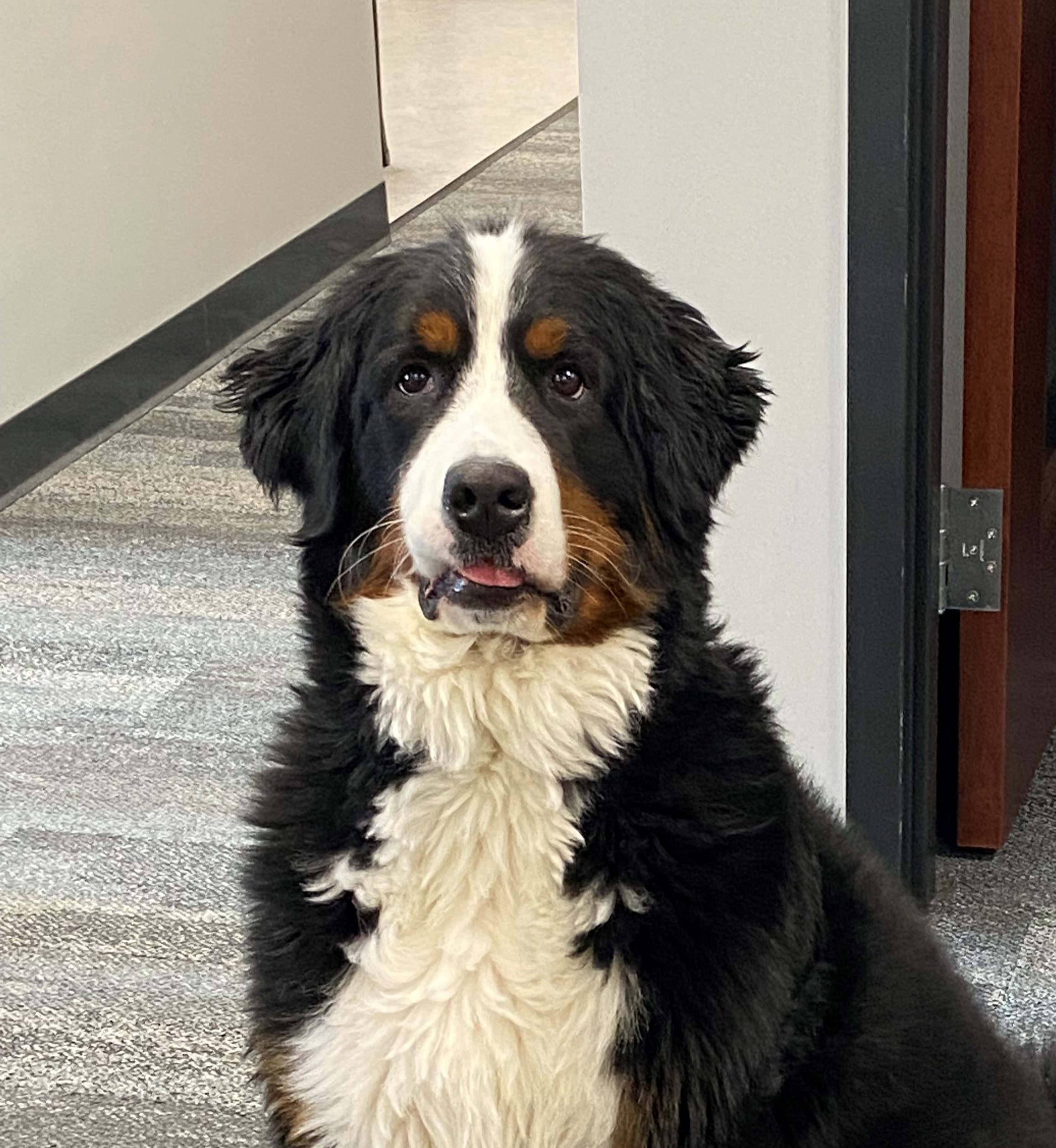 White Birch Armory’s newest team member!  She’s still in training and is currently better at making a mess than cleaning it up.  Kitty also enjoys following big brother Bozo to the door to greet customers!